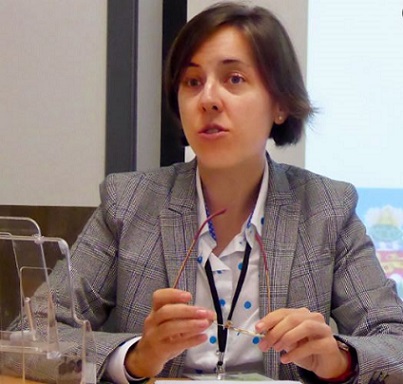 Laura Panades, LLM Course Leader at the Truman Bodden Law School, was invited to present her research on Cayman Islands Law at an international conference in Hong Kong, China.

The three-day conference was called “Unpacking the Complexity of Regulatory Governance in a Globalising World” and focused on good governance and compliance in complex regulatory environments.

Ms Panades’ research analyses Cayman’s new public procurement law, the Law of public purchases. It discusses the current state of play, pointing out positive developments, as well as the next stages necessary to achieve a World-Class system.

The research also features the results of interviews conducted with main public procurement stakeholders in Cayman.

The event was organised by the Chinese University of Hong Kong, a prominent and quickly growing Chinese tertiary institution, and the European Consortium for Political Research, an academic network focusing on teaching and research into politics and international relations comprising 350 institutions across 50 countries.

The paper has now been accepted for publication in a top international journal and will be released next month.

“On the first anniversary of public procurement, it is important to reflect on Cayman’s achievements and pending tasks.

“My research seeks to make sure that Cayman’s public money is well spent.”

“Ms Panades’ internationally recognised research feeds into our LLM programme in ‘International Finance: Law and Regulation’, which includes a course on public-private partnerships and public procurement.

“Conferences are a fertile ground for TBLS staff in order to consolidate knowledge and to keep abreast of new developments worldwide whilst acquiring new ideas to stimulate further research and feed into teaching.”